Peter Mallouk, JD, MBA, was on Worth’s list of '100 Most Powerful Men and Women in Global Finance' (2018 and 2017) as the only person on the list actively advising clients. He was featured as the No. 1 financial advisor for three years in a row (2013-15) on Barron’s list of  'Top 100 Independent Financial Advisors in America.' Mallouk has found further success, leading Creative Planning to the No. 1 ranking in Barron’s Top Independent Wealth Management Firm in America (2017) and being featured twice as the No. 1 Independent Wealth Management Firm in the U.S. by CNBC (2014 and 2015).*

While much of the praise may be recent, Peter’s approach has been anything but. According to Peter, “The wealth management industry is starting to go independent, avoid proprietary products, reduce tax consequences, and focus on needs-based investing. Creative Planning started doing that 15 years ago. As The New York Times says, “Creative Planning is at the vanguard of a profound shift in personal finance” as we build what Barron’s declared as a “family office for all.”

Creative Planning manages $75.6 billion as of March 31, 2021 for clients in all 50 states and abroad. Suffice it to say, Peter’s knowledge and expertise in wealth management is earning far more than praise.

*For important disclosure information regarding rankings, please see below or visit: https://creativeplanning.com/important-disclosure-information/ THE 5 MISTAKES EVERY INVESTOR MAKES AND HOW TO AVOID THEM: GETTING INVESTING RIGHT

Is there anything worse than making a costly investing mistake? Yes – making the same mistake over and over again. In his book, The 5 Mistakes Every Investor Makes and How to Avoid Them, Peter focuses on what investors often do wrong so they can set themselves on the right path to success. Readers will learn to navigate the ever-changing variables and market dilemmas that often make investing a risky and daunting endeavor. Peter also shares useful investment techniques, discusses the importance of disciplined investment management, and pinpoints common avoidable mistakes made by professional and everyday investors alike.

Designed to provide a workable, sensible framework for investors, The 5 Mistakes Every Investor Makes and How to Avoid Them will teach investors how to refrain from certain negative actions, such as fighting the market and misunderstanding performance. It will also teach investors how to keep letting one’s biases and emotions get in the way of investing success.

THIS BOOK WILL HELP YOU: We have to be able to do what we do for all clients, which is give them our best advice but give them the power to adjust as they wish.

The marketplace is speaking to the fact that people want what Creative Planning does.

Once you eliminate the broker conflict, make sure you understand the talent that’s available to you in the wealth management firm you hire.

We are also believers in alternatives for the affluent, having private real estate, private equity or private lending.

In addition to those mentioned earlier, Creative Planning was featured on Financial Times’ “Top RIA List” (2014-20) for seven consecutive years. Creative Planning has also been featured in Ingram’s magazine for “Best Wealth Manger” (2015) and (2010).

While Peter is certainly proud of the awards and recognition he’s received in wealth management, he is most appreciative of all the ways it’s allowed him to give back. Peter is the founder, current executive board member, and former five-year Chairman of KC CAN!, an organization of volunteers dedicated to improving the quality of life of children in Kansas City.

Peter is a recipient of the Central Midwest Ernst & Young Entrepreneur of the Year Award. Peter and his wife, Veronica, are the recipients of the Giving the Basics Human Dignity Award for their contributions toward helping those less fortunate meet basic needs. They are also recipients of the Variety Presidential Citation Award for their work supporting those with special needs. Peter has served on boards for Pathway to Hope, American Stroke Foundation, St. Michael’s Finance Council, Kansas City Hospice, and KC CAN!

Most recently, Peter founded Pathway Financial Education, a Kansas City-based nonprofit that provides free financial training and education to small business owners, adults, and youth in under-resourced communities. Pathway was born from a vision that Peter had after recognizing an unmet need in under-resourced communities of comprehensive financial education and training. Pathway opened its doors on April 13, 2021.

Peter is married to Veronica and has three children: Michael, JP, and Gabby.

Spending 30 minutes watching financial news these days, one can’t help but wonder if they’ve landed in an alternative universe. For decades, the topics were generally stocks, bonds and real estate with a little bit of commodity talk and economics thrown into the conversation. Now, much of the time is spent on investments that didn’t even exist (at least at scale) a few years ago, and the commentators use acronyms and verbal shorthand more than my teenagers do.
Read More>

The financial media love to get clicks by asking high profile pundits their thoughts on the markets, but they seldom get it right, as shown here from Mark Cuban/CNBC. Ignore the prognosticators and instead own a high quality, diversified portfolio for the long run.
Read More>

Georgia On My Mind

Last night’s Georgia Senate runoff election rounded out one of the most contentious election cycles in U.S. history. As with all heated elections, political outcomes are quickly translated by some into fast investment decisions. Those decisions are nearly always detrimental to the investor. Here’s the bottom-line up front: Tax and economic policies are only a small part of what drives markets. Far more important are factors like actual corporate earnings, interest rates, and where the economy sits in its natural cycle. There are literally dozens of other things that can be added to the list.
Read More> 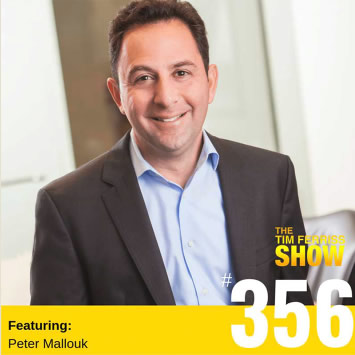 Tim Ferriss is a self-experimenter and bestselling author. His show deconstructs world-class performers from eclectic areas digging deep to find the tools, tactics, and tricks that listeners can use. Masters in Business (MIB) is the most popular podcast on the Bloomberg Radio network. In 2018, it was downloaded or streamed by listeners more than 4 million times, and 2019 nearly doubled that.